Our First Visitor, a Manx 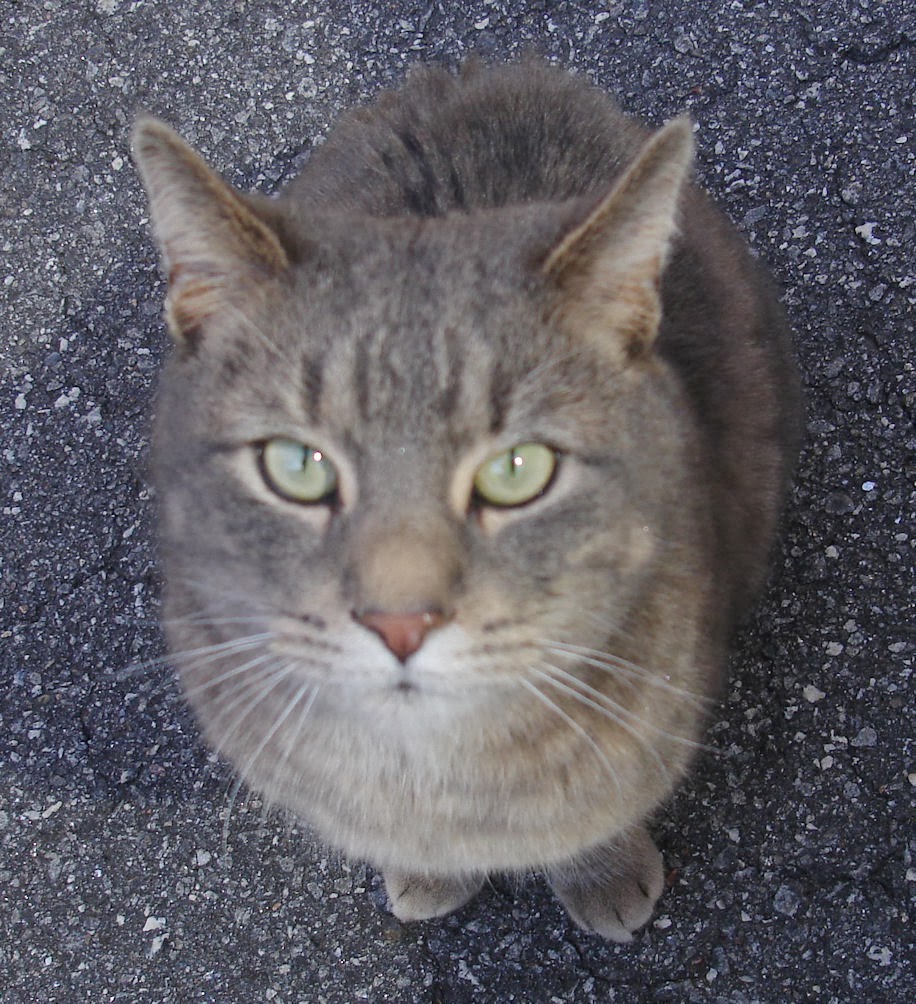 When I drove up to our new home the other day this friendly cat came out to greet me. He was sleeping under the deck. I thought he might be our neighbor's cat since his fur was shiny and he was well fed. He followed me up and down the stairs as I carried box after box. 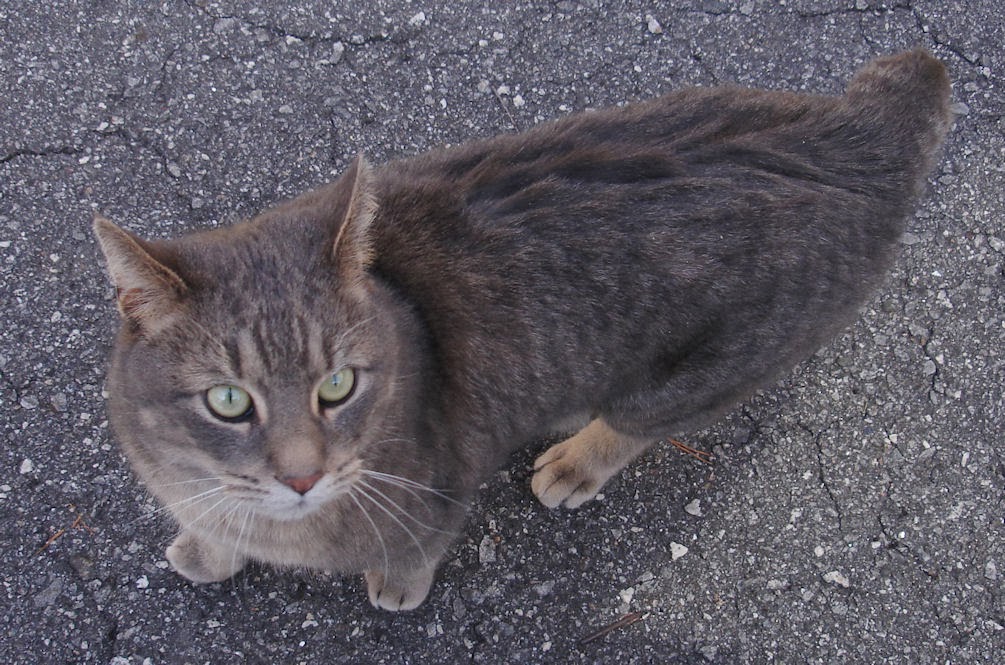 He's a very friendly Manx cat and follows both Gary and I around like a dog. He wags his shortened tail almost constantly, back and forth, round and round it goes. When I went in the house he meowed to come in. Later our next door neighbor came by and I asked him if he was their cat. He said no, that another neighbor has named him Buckwheat (I think he said) maybe it was Barney. I wonder if it's an omen his name begins with a letter "B"? If you haven't read the story of how we got our cat Butter, click on the link, Yellow Tabby Makes A Choice, and you'll see why a cat's name beginning with the letter "B" is significant.

Later in the week turns out his name is Barney wasn't at our home when we drove up. Later he showed up and "helped" Gary and I unload a U haul full of our belongings. There's a cat door already installed in our home and we've been planning to let our cats be indoor/outdoor cats again. They'll be in seventh heaven after being cooped up in the motorhome for so long. Our cat Butter can be quite territorial, hope he doesn't mind this friendly Manx cat. We're hoping our cats will get along with this little guy when we bring them up to the house in the next day or two. Today is my first pottery class in Helen, GA. Thanks for reading and for all your comments.
Posted by Linda Starr at 11:42 AM