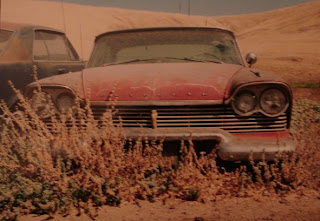 Do you recognize this car? This is the same type of car used in the movie made of the Stephen King novel, Christine. This is a red and white 1958 Plymouth Fury. I took this photo in 1994 on a large ranch in California. The car parked beside the Plymouth Fury is a GTO. What a shame these cars are sitting in the desert rotting away. 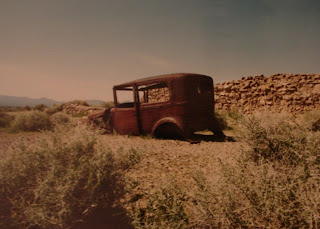 As you might have guessed, along with ghost towns, Gary and I also have a fascination for rusty relics, old cars and trucks that is. The rest of the photos were taken over the years in several locations like Ludlow, Bullfrog, Bellemont, and the last in Arkansas. 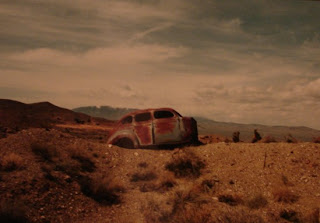 Some time in the future I'll give you a photo tour of some of the old cars we've had as daily drivers. The post will have to be split into several posts because the list of cars is very long, but that's another story. 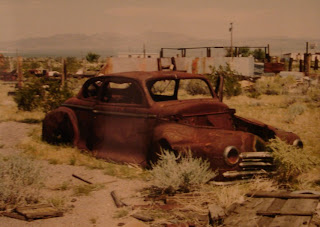 There's something wonderful about the rust patina achieved over time on abandoned cars. Of course I couldn't help but think of a glaze for ceramics that might look like rust. I came across these beads on Etsy by Amber Van Meter which I think capture that rusty relic feel. Do you have a glaze which looks like rust? I'd love to learn about it. 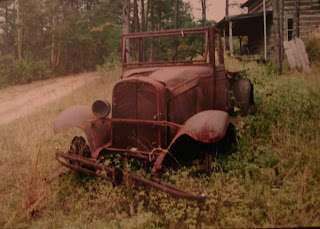 If you liked these rusty cars stay tuned because coming up next are rusty trucks and then some old barns. And who doesn't like old barns. Leave comments please, I'd love to hear what you think.
Posted by Linda Starr at 10:26 AM