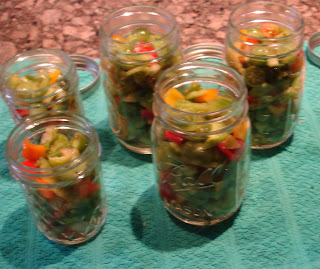 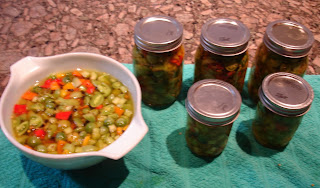 I planned on five jars, turns out I could have filled 8 or so jars. So I put the picking liquid over the remainder of the ingredients in a bowl and hopefully will jar them tomorrow. 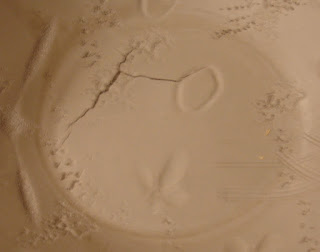 Meanwhile I've been busy making, firing, and stocking up for holiday sales. I made a very large shell textured bowl. I took it off the drape mold too soon and it cracked in the middle due to stress of the soft sides pulling it outwards. I made another one today. Meanwhile I have a deviled egg platter in the planning stages, we shall see if it all turns out. Thanks for reading and for all your comments.
Posted by Linda Starr at 6:07 AM