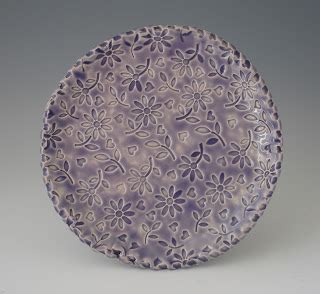 In the studio I've been revisiting some former plate patterns. It doesn't hurt to return to previous work designs which were well received. 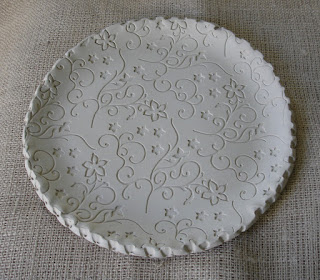 I recall in the past I made them too thin, later I adjusted to making them a bit thicker to keep them from warping. 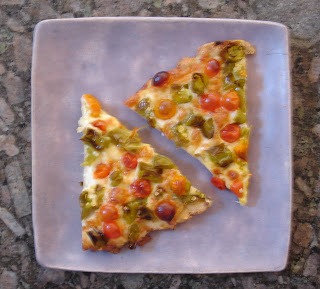 In the garden shishito peppers and mini versions of the ubiquitous cherry tomatoes continue to supply us with an overabundance of produce. I decided to combine the tomatoes and peppers into a pizza. Not a bad idea, if I do say so myself. 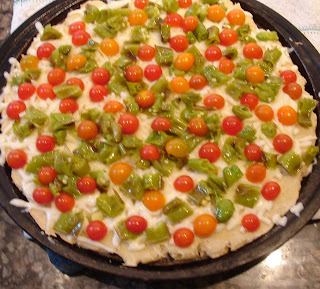 Here's the pizza before cooking. I blistered the shishito peppers and chopped them before adding them to the pizza as a topping. I also chopped the mini cherry tomatoes in half and placed them open side down. 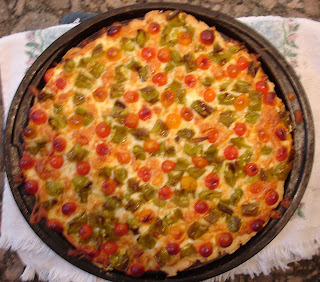 Meanwhile the ac unit froze up and spewed water everywhere. Luckily the ac guy told us over the phone how to hopefully fix it. These are the things which keep me up at night, always how to pay for the cost to fix this, that or the other. Thanks for reading and for all your comments.
Posted by Linda Starr at 7:03 AM